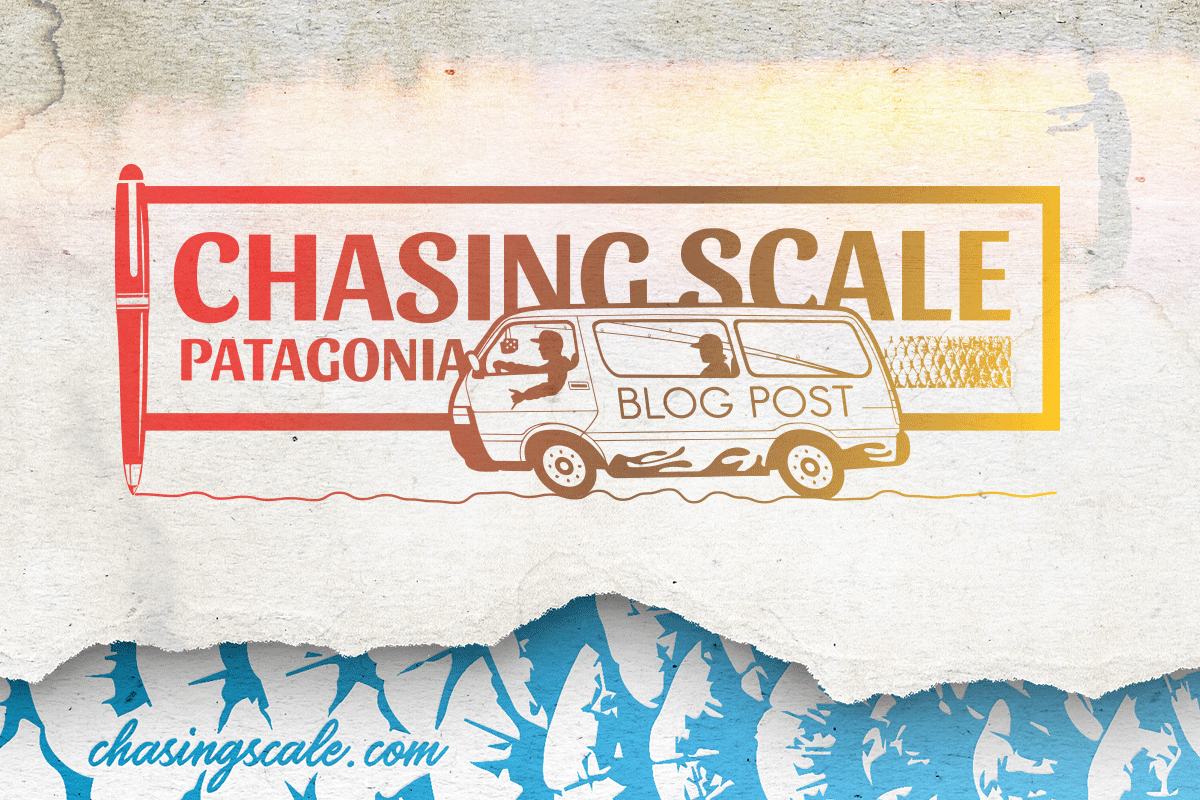 I visited Patagonia once. Patagonia, Arizona that is. I remember it was a sleepy, little town in the far south of that great state, not more than 20 miles from the Mexican border. I was 18 years old, innocent(ish), on Thanksgiving break during my first college semester up in Flagstaff. My older brother was living in Tucson at the time. I drove down to spend the holiday with him. We decided to get out of the city and visit a buddy of his for the 4-day weekend. I remember casting a spin rig with rooster tails to eager blue gill in the neighbor’s tiny, stocked pond. We landed fish after fish. I remember the surrounding area being beautiful in that simplistic, desert sort of way. The hills were tinted in soft hues of earthy pinks and light browns. The cottonwoods were draped in the warm, yellow tones of Fall. The essence of winter was unmistakable on the cool, dry breezes. Above it all I remember a thought that sat just under the surface yet omnipresent throughout my time there. I wondered about the name. I wondered if I’d ever see the other Patagonia… the Patagonia in a far-away land… the mythical Patagonia of South America.

It was a 23-year incubation, but the plan was finally hatched last year. In fact, in a week’s time Chasing Scale will be submerged in the heart of Chile breathing the salty, autumn air as it whisks off the Pacific up the great slopes of the Andes. Such a place of grandeur requires heaps of thought, right? To be honest I’m making solid efforts to squelch my excitement for what lies ahead, with no help from Ryan, I might add. He’s been blowing up my cell phone and inbox these last few months with texts and emails on river logistics, dry bags, apparel color, Chilean laws, airline baggage limits, fishing videos, sponsorships, etc. Ryan’s excitement is through the roof. Do I blame him? No.

A trip to Patagonia inherently comes with a great deal of excitement and anticipation. This a fundamental truth for all fly anglers and adventurists. However, there is a rule of thought that roughly states that when a person has low expectations for an outcome… said person is not often disappointed. (Tip: Try this a rule out the next time you’re racking your brain about politics.) Do I think that Patagonia will disappoint? No. But I do think that it’s never a bad idea to soften the edge of excitement just a bit… to ease up on the dreamy, grandiose visions… to take things as they come and not how you hope them to be. Isn’t that the way of the true adventurer?

I’m human. As the start of this trip nears I am torn between two worlds: over-planning and… whatever the other world is. I remember the days of busting out an adventure on a hangover and a whim, dodging obstacles on my way toward elation. Logic has taken over this 40-year-old mind. That, along with technology, has pushed those good ole days further back into to the distant past. With a click of a button on the intraweb I can zoom in on a wild, foreign landscape thousands of miles from my rickety computer desk. It’s hard not to just jump on Google Earth… or download some new travel app… or order some unnecessary eye candy schwag from Cabelas.com. We’re living in an age of interconnectedness (is that a word?). Why not use it?! Calling up your travel agent is a thing of the past. We can simply pick a place on the map, jump online and research the hell out of it til the yacks come home. We can book flights, hotels, ground transportation and guides all before we even brew our morning coffee. Does over-planning make a trip less rewarding? Call me old fashioned but I believe in my heart of hearts that allowing an adventure to unfold in real time is the best approach. But, as one of my parents said when I was a kid (I can’t remember which): “what I believe and what I do are two different things.”

“I am open to the guidance of synchronicity, and do not let expectations hinder my path.” – The Dalai Lama

(Yes, The Dalai Lama and George W. both made an appearance in the same blog post!) Who doesn’t want to be carefree with that go-with-the-flow attitude? We all want to travel that way. But, it doesn’t simply happen. It’s about planning. It’s not a question of “should we plan ahead?” It’s a question of “how much planning should we do?” As I write this, you’ll be glad to know that all my trip gear is scattered on my living room floor. I’m calling it “Organized chaos” and I’ve come to terms with it. It’s ok to spend large blocks of time researching which rivers to explore and how many pairs of underwear to pack. The “before” is part of the journey. The “after” is part of the journey. It’s in the excessive “over-planning” where we find our head in the clouds. We just need to make sure we collect ourselves and softly settle back down to earth.

The journey begins March 12. We’ll wrap things up on April 10. If you want to keep tabs on us as we go-with-the-flow down in Patagonia check back throughout the trip. We’ll be posting short films, photos and essays on these pages:

Ryan and I came close to venturing to Patagonia a few years ago. But we had planned to get down there by very different means. We thought we’d drive from the USofA to the southern tip of South America and back. I think we were drinking at the time. And, I’m pretty sure there was an awkward high-five or two. With youthful vigor we concocted a great “Americas” adventure, allotting a minimum of one year for the entire trip. Did I mention that neither one of us had girlfriends at the time?

But, Ryan got himself a girlfriend and the door slammed on that plan. I guess a year apart could be bad for a relationship. Who knew.

Brock is the lead writer at Chasing Scale • brockmunson.com