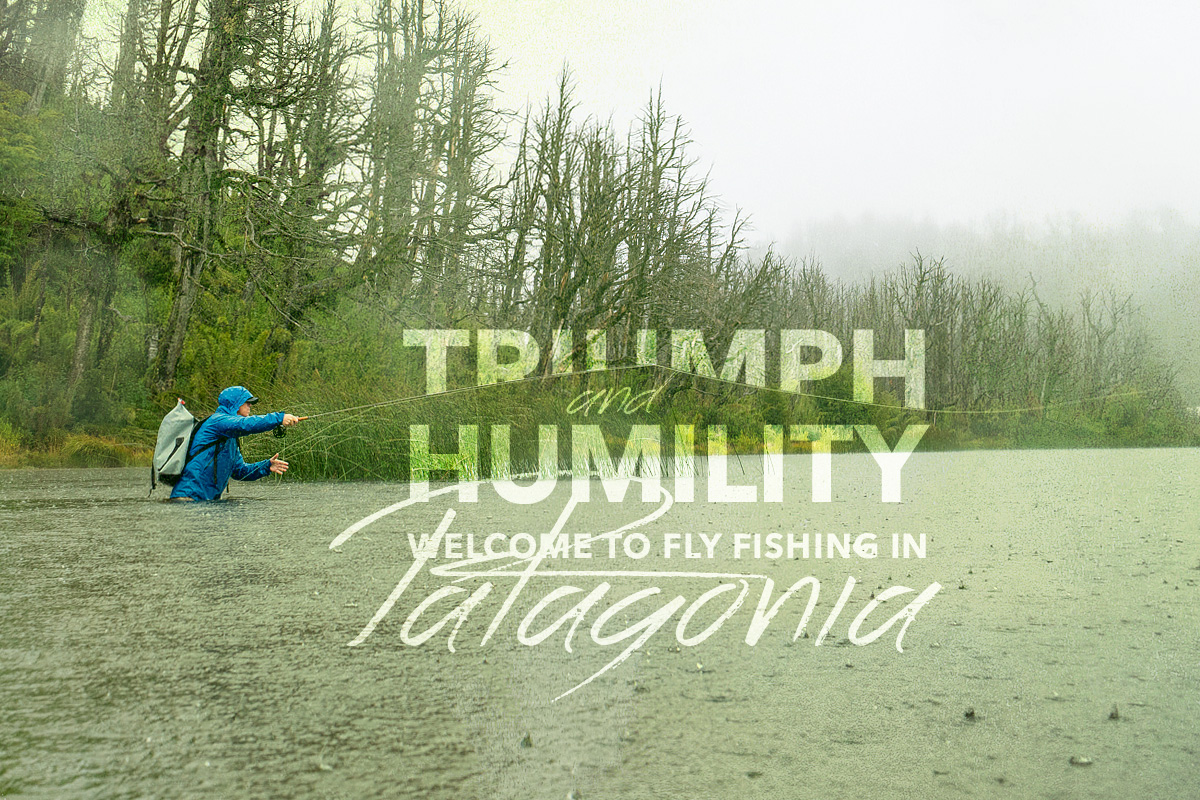 “I have never touched a cloud before. I want to touch a cloud.” These aren’t my words. They’re the gleeful words of a little girl just a few rows up from me on one of my flights. Patagonia is my cloud. My mind wandered… shuffling through ethereal scenes—images I’ve conjured up of Patagonia based on television documentaries, travel books and the internet. This mythical place has captivated my imagination for so long and that moment of truth was so close. Although it’s not quite Amazonia, Patagonia does cover quite a bit of South America. It spans 1 million square kilometers and is peppered with pyramidal volcanos, craggy peaks, turbulent rivers, wind-swept lakes, imposing glaciers, steep fiords, and arid steppe. Just trying to wrap my mind around it brings on an overwhelming feeling of insignificance. It would take many lifetimes to cover it with any glimmer of success. We have 29 days. We are four days in. Up to this point there’s been ups and downs, foil weather, nasty weather, triumph and humility. Welcome to fly fishing in Patagonia.

Getting our feet wet.

Ryan and I met up in Santiago, Chile. We shared the final flight down to Puerto Montt. For me it capped nearly 24 hours of flight time that began in Hawaii. Ryan started his journey in Southwest Colorado. In Puerto Montt we were met with grey skies and puddle strewn streets. It was cold. For Ryan, the cold was nothing new. However, it was sobering for me to say the least. It’s been a few years since my last rendezvous in the chill of the higher latitudes. The 40-year-old in me said bring me back to Maui. The 20-year-old in me said bring it on!

The last couple days were a bit like a tennis match. There was cussing and laughter, disappointment and jubilation, moving forward and back-tracking… and moving forward again. Here’s what happened: a van was ready when we arrived. But, it wasn’t the van we had anticipated. Our van (the one with the rack on top) was in the shop. This one had no rack. Our “cozy” little van just got a little cozier. Aside from the missing rack the Mitsubishi seemed perfect. Lastly, with the dashboard hula girl that I brought from Hawaii in place, our chariot was complete.

Then it happened… the moment when wehit that first Chilean road and then moved through the gears from 1st to 5th for the first time. It felt like that moment as a kid when the final bell goes off on the last day of school. (That was a damn good feeling). But before we got too far from the city we needed to do responsible things like buy groceries and fishing licenses, print customs documents, etc. The open road “high” would have to wait. We hit town and accomplished exactly half those tasks before the fishing itch got too overwhelming. It simply needed to be scratched. Rio Petrohue just northeast of the next town of Puerto Varas was to be our first target water. The river drains Lago Todos Los Santos and is birthed from the mighty Volcán Osorno. 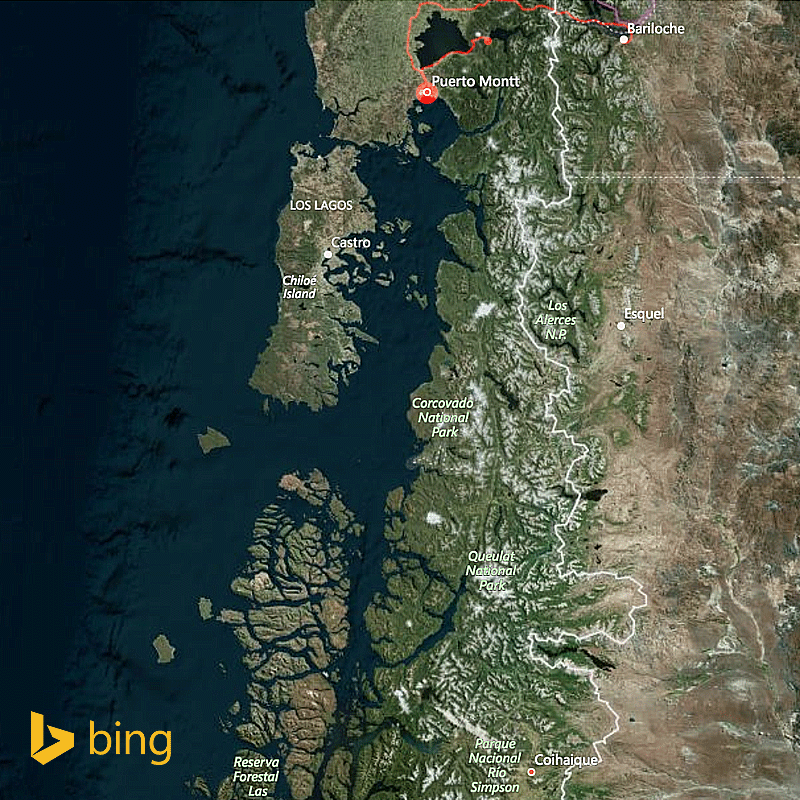 Ryan had done a bit of research on Rio Petrohue. We knew it held brown trout. It even has a Chinook run later in the Fall. We camped on its banks that first night. Heavy bouts of rain hammered the van. We woke to a torrent of chocolate milk. The river was blown out making any fishing a challenge. Its headwaters were just a few kilometers up the road. We decided to make the trek by car passing wash after wash of flood debris coming off the massive volcano. As we neared the lake, the river’s color had changed. No longer chocolate, it was crystal clear and radiated with the vibrance of a shallow, tropical sea. But, it continued to piss rain. We layered up, rigged our fly rods with dark colored streamer patterns and waded the cobalt blue. The stage was set: big, clear water… braided runs… submerged logs… big holes… nice tail-outs… crawfish exoskeletons on the banks. After about a half hour Ryan shouted something incoherent from down stream. His bent rod communicated everything I needed to know. The first fish of the trip would be a hefty, brilliantly golden, brown trout… one to tell stories (or blogs) about.

Our only “on-the-road” power source for charging our cameras, phones, router and computers is the van’s one cigarette lighter. And, it stopped working when we returned to the van after fishing. The radio stopped working too. It was accompanied by a waft of burning electrical parts. Not good. Without the proper tools to get under the dash or a volt meter to test the power we were stuck. We had no choice but to return to Puerto Montt to get it fixed… a crushing blow for sure. This put us a day behind schedule but gave us time to rethink our strategy.

There’s been rain. And, well… more rain. Thank God and Baby Jesus for Gore-Tex. I’ve lived in my Gore-Tex. Ryan and I did enough research to know that Patagonia can throw around some really wet weather. It hasn’t disappointed there. It’s the end of summer moving into autumn here. Though the recent cold fronts have seemed to accelerate the process. Mother Nature’s onslaught has coated most of the peaks with the white stuff. Here and there, random breaks in the weather have provided some quick glimpses of the Andes and their alpine terrain.

The inclement weather forced us to change our route. We had originally planned to head south from Puerto Montt to rivers and lakes in the Chilean heart of northern Patagonia. Instead we headed north, then east, across the border into Argentina and finally to the region surrounding the town of San Carlos De Bariloche. You might be wondering: did we escape the weather? I wish I could say yes. Outside the foggy window from where I sit is nothing but an obscurity of white and grey. Tomorrow looks to be more of the same. Bring it on!

Click here to check out our first short film on this journey.

Follow the journey. Look for more essays as well as short films and photos at these locations:

Muchas Gracias to our amazing sponsors: